History is something that we from the current generation are pretty inquisitive about. We are often curious to know about what our ancestors did in the past, how the name of the place is the way it is, what the culture was during those times and many other such things. These questions make history one of the most fascinating subjects that it is. The town of Navsari in Gujarat, which is the twin city of the commercial hub Surat, also has a pretty interesting and glorious history. 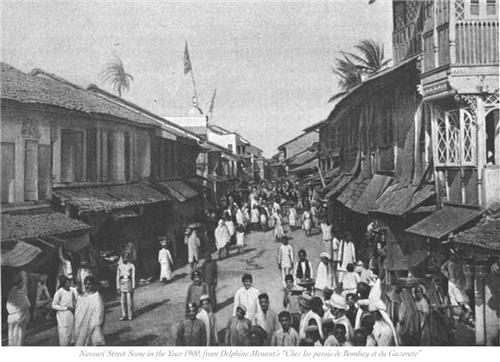 The origin of the name "Navsari" has a very fascinating history. In the past, the city of Navsari has been associated with many names such as Nag Vardhana, Nag Shahi, Nag Sarika, Nag Mandal, Nav Sarika and Nav Sareh. There are various legends that are associated with how the name ‘Navsari’ came into being.

Shayashray Shiladitya, who ruled over Navsari in the seventh century named this city ‘Nag Vardhana’ in honor of his Guru Nag Vardhana. During the same period, the name was changed to Nav Sarika’ as evident by a copper plate recovered dating back to 669 A.D. The legend is that Shayashray Shiladttya presented the copper plate to a priest in his town. The copper plate read that Shiladitya, the ruler of
‘Nav Sarika’, had bestowed a nearby village upon this priest of the Kashyap clan.

Another copper plate recovered that dates back to 821 A.D. implies that the city's name later changed into ‘Nag Sarika.’ The copper plate indicates that a Rashtrakuta king named Kark Suvarna Varsh gave "Nag Sarika" as a gift to his teacher named Aparajeet, who was a pupil of Sumati Kaharishi, who in turn was a pupil of the famous Digambar Jain teacher Acharya Mallavadi.

There is a popular legend behind the name "Nag Sarika." Fables suggest that there was a big peepal tree on the banks of a pond in the city. A huge Cobra lived in a hollow of this tree. On this same tree, Sarika, a singing bird, had her nest. As they resided in the same place, both became friends. Every day the Sarika entertained the Cobra by singing her melodious tunes. The legends have it that due to this remarkable friendship between the Nag (Cobra) and the Sarika (singing bird) the city's name became popular as NAG SARIKA.

Another legend of the Nag talks about the origins of a different name for the city: ‘Nag Shahi.’ Historically, a Nag (Black Cobra) temple was situated next to a talav (pond) in the city. People worshipped the Black Cobra for its power and Prowess. Although the pond (talav) does not exist anymore, the historical Nag Temple still exists in the area known as "Nag Talavdi" today. Hence the city came to be known as ‘Nag Shahi,’ which means the power and prowess of the Black Cobra.

Apart from Mythological legends, there are legends that belong to different religions as well. The Parsi community who arrived at the place in 1142 A.D. has their legend saying that when they first came to Navsari, the place was named as ‘Nag Mandal.’ However, they found the atmosphere and surroundings of the new place similar to the ‘Sari’ region of their homeland Iran. Since ‘Nao’ meant new and the atmosphere was similar to the ‘Sari’ region, they named the place as Navsari.

The rule of the Parsi community ended with the arrival of the Muslims in the 16th century. the legend says that during the Muslim rule, the name of the city was changed to ‘Nav Sareh.’ The anecdote is that according to the Muslim tradition, there were nine "Sarchs" of Muslims in the city and hence the name was derived as NAV (Nine) SAREH (Sarchs).

These legends are indicative of the fact that Navsari has been through its share of rulers until the country attained independence in 1947. About fourteen hundred years ago, the kings of the Chalukya Dynasty governed the region of Navsari. Later on, the Parsis, who migrated from Iran, virtually ruled this small town. The reign of the Parsis ended as the Muslim rulers took over. For the last one hundred years, until India's independence in 1947, Navsari was the property of the Gaekwads of Baroda.

Apart from the legends, Navsari also has a special significance in the freedom struggle of the country. Navsari is the destination where Mahatma Gandhi concluded his historic ‘Dandi March’ in the year 1930 at a beach called ‘Dandi’ thereby defying the British Government and openly declaring the fight for India’s independence. Navsari is also the birthplace of many historic Indian figures like Dadabhai Naoroji as well as the great J.R.D. Tata.

Such has been the history of Navsari. Its multiple rulers in its history has ensured that people from almost all castes and places live here in complete peace and harmony!

Explore more about History of Navsari